We have all read of the € 13 billion in taxes that the EU has decreed that Apple must pay to the Irish government. The rights and wrongs of whether the EU can change the rules retrospectively are being debated. What interested me as a Tax manager is how Apple did it? How did they get all that profit to flow through Ireland and how did they avoid the taxes?

So I have been doing a bit of digging, and the first thing I found was a business insider article from 2013 which describes the clever scheme that they had set up to start with

In a nutshell, Apple set up 2 companies in Ireland. One is Apple Operations International (AOI) and is the primary offshore holding company. It was registered in Cork, Ireland in 1980 and receives dividends from most of Apples offshore affiliates and gives loans as needed.  AOI has no physical presence in Ireland and also no staff there.  It has 2 directors and 1 officer, all from Apple Inc.

AOI has not paid any taxes at all due to an interesting difference between Irish and US tax residency rules. Ireland uses a management and control test to determine tax residency, whereas the US looks at where the company is registered. So AOI is not tax resident in either Ireland or the US. Very clever.

The second company they set up was Apple Sales international (ASI) which is responsible for all of Apples offshore intellectual property rights.  ASI buys Apple finished products from China, sells and delivers them with a major mark up to the affiliates around the world. The products never even enter Ireland. ASI has no employees and is 100% owned by AOI. And because the management and control is outside Ireland, it is like AOI is not tax resident anywhere.  Again, masses of income and no tax due.

Now Apple does of course also have facilities and people in Ireland. Indeed they are a major employer and very important to the local economy there.  Apple first arrived in Ireland in 1980 when it launched a manufacturing plant in Holyhill, above Cork. Steve Jobs announced £7 million in investment and 700 jobs. Ten years later when Apple was not so mighty as now and in the period when Steve Jobs was out of the firm, the financial team from Apple met with the Irish Government to draft an arrangement for how much tax it paid in the country.  Apple was now the largest employer in the Cork area with 1000 direct employees and 500 subcontractors.  The underlying threat was that if they did not get a good deal then they might go elsewhere.

And so the Irish government agreed a deal in 1991 with Apple to only tax a certain part of its earnings at the Irish rate, being the profit from manufacturing element, and nothing that came from technology or marketing. The rest of the profits were allocated to the holding company AOI and as we saw, that is a non tax resident company anywhere.

For a long time the arrangement worked well, until Apples profits started to soar, and the EU looked more closely at the deal.

So although governments are able to set their own tax rates within the EU, they are not allowed to strike a so called “sweetheart deal” which is classified as illegal state aid, and that is how the EU now view this deal.

Apple has avoided tax on almost all the profit generated from all the sales of its products across Europe as it booked all the profit in Ireland rather than where it was sold.

The wind of change is already blowing with the BEPS initiative and cross border reporting which will give more transparency to see who is paying what where, and how much they are earning where, plus will shift the emphasis of paying taxes to where the profit is being made and not necessarily being booked. Probably Apple would have had to change their policy at some point in response. But it is a unfortunately typical of many large multinationals they are being forced to change, rather than wanting to be good corporate citizens who contribute also through fair tax payments to the economies where they are. Apple products are high price and high margin, and they have a cash mountain they do not know what to do with. That looks more like greed than anything else.

2 thoughts on “How Apple did it” 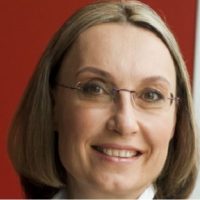