I am starting this blog post from a position of not knowing the title, and not knowing really what I want to write. This has not been a good week, unless one supports Trump, and it has also not been a good year. In 2016 we have seen beloved musicians leave us, Brexit, hurricanes, terrorist attacks, continuing conflicts causing untold human misery and now the land of the free has elected a reactionary narcissist for their President.

I was stunned by the result but I was not surprised. After the Brexit vote, I was shocked and angry, but that experience had taught me that anything is now possible.  And so I believed that Trump had a good chance of being elected, and then I read some article from a guy who had some model to predict election results in the US and he was predicting Trump. He was right, the polls were wrong. I warned in an earlier post about believing in polls, and so I was right too.

The image above shows us a snapshot of events this year, from a slightly US perspective, but nevertheless, it shows us some good events too.

And the good is what I am trying to focus on now. Because I will admit that this week I have been horrified by the reactions in the US to the election results. Not the rioting in the streets from Trump opponents, for that was inevitable and would have happened if he had not won, only probably with even more violence. I think it would have been anarchy if Hilary had won to be honest. But there has been a surge apparently in racist attacks since the result, which is exactly what happened in the UK after the Brexit vote. That is what horrifies me.

There is that song, People are people from Depeche Mode. It was written in 1984 – wow, and I am still wondering the same today as they did then.

It has given me the title for this post. People are people, where ever they are, and they are just the same as you and me. Skin colour, race or sexual orientation are just details. We are all human beings with the same needs and basically all just wanting to get by.

I do not understand what makes one person hate another, especially if it is just because of a detail like the colour of their skin, the Hijab on their head, or the political or sexual orientation. It does not matter. None of it matters. We have one planet and we need to get on. We need to do more than that in my view, not just get on, but be active in how we do so.

Am I in the minority? I read another article this week from an historian, that said that war is in the nature of man. Basically he was writing that we are heading for another world war. It was very depressing, but also made a lot of sense. I found the link for you here if you want to take a look. He also claims a lot of people will not want to believe that we could be heading for another world war, and judging by some of the hateful comments to the post, he is right.

But deep down I know I am right, People are people, and people are basically good. It may be that war is in the nature of man, but so is good. We are a mixture of good and evil, and even war is sometimes for a good reason, or so it may seem at the time. I am more good than evil. Some people seem to have more evil than good in them, but I still think they are in the minority. Even Trump seems to be battling within himself now. I am not suggesting he is evil, but all those grandiose things he said during campaigning now do not seem so likely in the cold light of day. Now he needs to firm up on what he believes and who he really is, and not just say the first thing that springs to mind without thinking that it really matters. Before it was just words, now the actions need to replace the words. He tells us he is a really nice guy, so let us see if his actions speak louder than words.

I read a couple of posts on here today that echo my thoughts. One was from seeds4life which is about how we have to stop reacting, and start looking into ourselves. The other was from honking goose about stopping blaming everyone else, and starting to take responsibility for our own actions. I could not agree more. Blame is easy. Blame is what the bad guys and the trolls do. By looking behind the situations and understanding why things happened, without blaming or attacking, then we can understand what we have to do to change things for the better.

And one other interesting thing about the honking goose post is that the featured image was a safely pin in a jacket. The safety pin is becoming a symbol of solidarity. It started in the UK after Brexit, and now the people in the US are using it too. I like the symbol. It is simple but tells others who we are, and that we are with them and not against them. I am going to start wearing one too. Maybe if more of us do, we can just stop that inevitable war.

5 thoughts on “People are People” 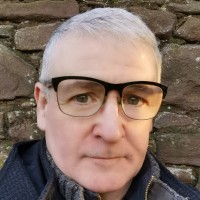